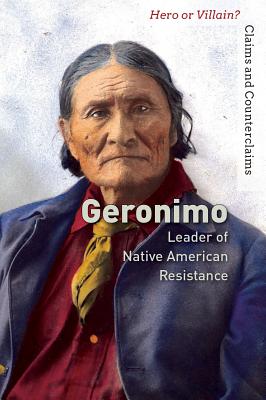 
Special Order—Subject to Availability
(This book cannot be returned.)
Who really was Geronimo? To some people, he was a leader of marauding Native Americans, preying on the settlers of Mexico and the American Southwest. To others, he was a fearless fighter for freedom, leading an embattled people against settlers who sought to take their land and restrict them to reservations. Readers will gain insight into settler and Native American conflicts, as well as the history of the Apaches and Geronimo's personal story. The book discusses the numerous raids, as well as resistance to U.S. and Mexican military campaigns, on which Geronimo led the Apaches, giving readers a chance to understand both views of the Apache leader.