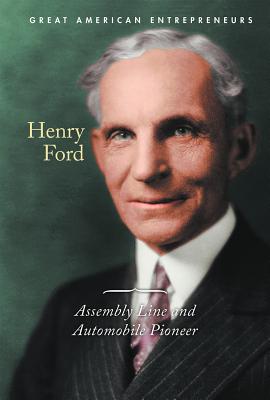 
Special Order—Subject to Availability
(This book cannot be returned.)
Born and raised on a family farm, Henry Ford abandoned his traditional way of life to become an American legend and industry icon. Ford's life mirrored the broad transition taking place in the United States just after the Civil War as it converted from an agrarian to an industrial society during the American phase of the Industrial Revolution. Henry Ford was also a man of contradictions. While he gained fame for producing affordable cars such as the Model T, raising wages, and hiring minorities and immigrants, he also was accused of stubbornness, bigotry, and suppressing workers' rights. This book peels back the layers of Henry Ford's past to examine the motivations, accomplishments, and legacy of the man who changed the way Americans worked and how they lived.