Aurangzeb: The Life and Legacy of India's Most Controversial King (Paperback) 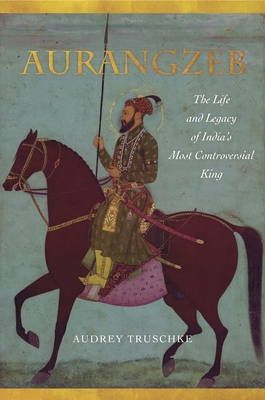 Aurangzeb: The Life and Legacy of India's Most Controversial King (Paperback)

The Mughal emperor Aurangzeb Alamgir is one of the most hated men in Indian history. Widely reviled as a religious fanatic who sought to violently oppress Hindus, he is even blamed by some for setting into motion conflicts that would result in the creation of a separate Muslim state in South Asia. In her lively overview of his life and influence, Audrey Truschke offers a clear-eyed perspective on the public debate over Aurangzeb and makes the case for why his often-maligned legacy deserves to be reassessed.

Aurangzeb was arguably the most powerful and wealthiest ruler of his day. His nearly 50-year reign (1658-1707) had a profound influence on the political landscape of early modern India, and his legacy--real and imagined--continues to loom large in India and Pakistan today. Truschke evaluates Aurangzeb not by modern standards but according to the traditions and values of his own time, painting a picture of Aurangzeb as a complex figure whose relationship to Islam was dynamic, strategic, and sometimes contradictory. This book invites students of South Asian history and religion into the world of the Mughal Empire, framing the contemporary debate on Aurangzeb's impact and legacy in accessible and engaging terms.

Audrey Truschke is Assistant Professor of History at Rutgers University. She is the author of Culture of Encounters: Sanskrit at the Mughal Court (2016).