Figures of Possibility: Aesthetic Experience, Mysticism, and the Play of the Senses (Cultural Memory in the Present) (Paperback) 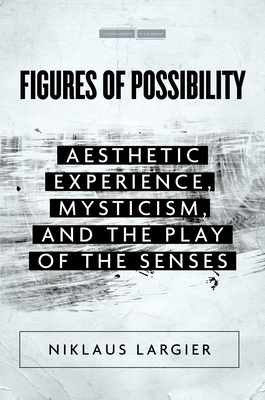 Figures of Possibility: Aesthetic Experience, Mysticism, and the Play of the Senses (Cultural Memory in the Present) (Paperback)

From medieval contemplation to the early modern cosmopoetic imagination, to the invention of aesthetic experience, to nineteenth-century decadent literature, and to early-twentieth century essayistic forms of writing and film, Niklaus Largier shows that mystical practices have been reinvented across the centuries, generating a notion of possibility with unexpected critical potential. Arguing for a new understanding of mystical experience, Largier foregrounds the ways in which devotion builds on experimental practices of figuration in order to shape perception, emotions, and thoughts anew.

Largier illuminates how devotional practices are invested in the creation of possibilities, and this investment has been a key element in a wide range of experimental engagements in literature and art from the seventeenth to the twentieth century, and most recently in forms of new materialism. Read as a history of the senses and emotions, the book argues that mystical and devotional practices have long been invested in the modulating and reconfiguring of sensation, affects, and thoughts. Read as a book about practices of figuration, it questions ordinary protocols of interpretation in the humanities, and the priority given to a hermeneutic understanding of texts and cultural artifacts.

Niklaus Largier is the Sidney and Margaret Ancker Professor of German and Comparative Literature at the University of California, Berkeley.