Galileo and the Magic Numbers (Paperback) 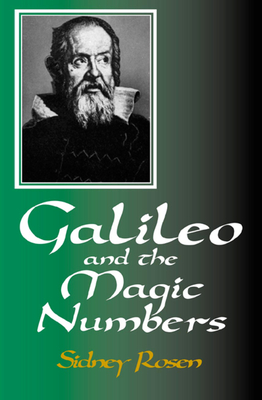 Galileo and the Magic Numbers (Paperback)


Not On Our Shelves—Ships in 1-5 Days
Sidney Rosen (1916-2005) was born in Boston and graduated with a bachelor's degree from the University of Massachusetts and a PhD from Harvard University. He gained tenure at the University of Illinois, where he taught in the astronomy department for nearly forty years. His first popular children's book was about Galileo. Among his many contributions to children's literature since, Rosen authored a number of illustrated children's books, such as Where Does the Moon Go?, Can You Catch a Falling Star?, Which Way to the Milky Way?, and How Far Is a Star? With his wife, Dorothy Rosen, he coauthored a mystery series featuring Belle Appleman, a Jewish immigrant from Boston's West End.