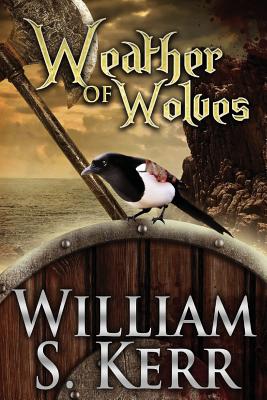 A Viking declares a blood feud against Charlemagne. But how do you take vengeance on the ruler of the world?

Four centuries after the fall of Rome, forces are working to put the world back together again-and working against each other.

Ali, a young Moor brought to northern Europe as a boy, is present at a massacre of Saxons and Northmen by Frankish soldiers. He joins the surviving Northmen in their escape and their attempts to get home. But, in a world filled with hostile savages and ruthless political operators, getting home isn't that easy.

And that's not the only problem the group faces. Ali struggles with his feelings for Raven, a beautiful but distant slave girl. Thorstein, the Norse leader, whose brother was killed in the attack, wants to take personal vengeance against the Frankish king-but how? Everyone's biggest problem, though, may be Sophia, a young Greek girl trained to be an assassin for the Church.

Weather of Wolves is the first book of a trilogy for young adults.

William S. Kerr's previous book, The Shield that Fell from Heaven, was named to Kirkus Reviews' Best of 2011.