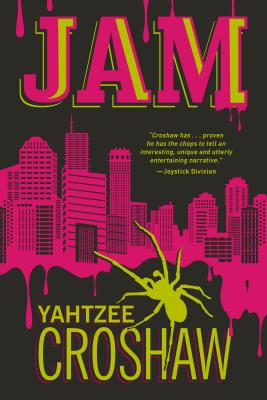 
Special Order—Subject to Availability
A dark comedy about the one apocalypse no one predicted from Zero Punctuation hit writer Yahtzee Croshaw.

We were prepared for an earthquake. We had a flood plan in place. We could even have dealt with zombies. Probably. But no one expected the end to be quite so... sticky. Or strawberry-scented.

The second novel by Yahtzee Croshaw (Will Save the Galaxy for Food, Mogworld)  now released at an affordable 6 x 9 paperback format.


"[Croshaw is] able to pull off slapstick comedy in print, and that's no easy feat." –ComicsAlliance
Yahtzee Croshaw is a British-Australian comedic writer, video game journalist, author, and video game developer. He is best known for his acerbic video game review series, Zero Punctuation, for The Escapist. Before this, Croshaw gained attention in the Adventure Game Studio community for his video games. Croshaw also writes a weekly supplementary column for The Escapist, Extra Punctuation, as well as the video series Judging by the Cover.

Croshaw has published two novels through Dark Horse Comics. The first was Mogworld, published in August 2010.The second, Jam, was released in October 2012. A third is forthcoming. He also cohosts a weekly podcast/Let's Play hybrid series, Let's Drown Out, along with cohost Gabriel Morton.