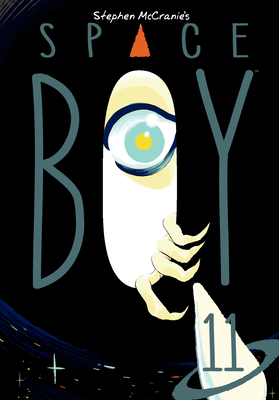 
Not On Our Shelves—Ships in 1-5 Days
Oliver is faced with the choice that will drive the course for the rest of his life, as the young boy needs to learn to cope with the new world around him.

On top of that, the saga of the Arno and the mysterious Artifact thickens, and the people on Earth struggle to find answers.

With shocking reveals and moments that pull at your heartstrings, this is not a volume you will want to miss.
Stephen McCranie is the writer and illustrator for Space Boy and Mal and Chad, all-ages graphic novel series. Stephen grew up drawing comics from an early age. He eventually earned a Fine Arts degree at the University of New Mexico. Stephen originally created Mal and Chad as a comic strip for the UNM school newspaper.