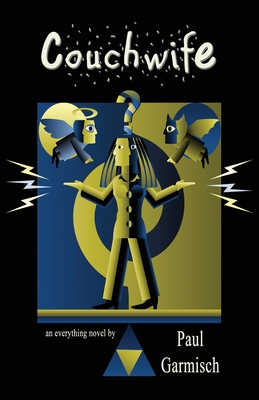 Jake Collin, a modern-day cowboy, rancher, and logger in western Montana, was the town's most wooed after "Hunk-of-Hunks" until a stranger wandered into town, Nan, who had sexy and friendly dialed up to a full-blown 10+. Jake and Nan married and at first things were peaches and cream -- until lately. Nan did a 180 change, took up residence on the living room couch and does nothing but bitch, eat, brood and watch TV. However, Nan does supply Jake with extra helpings of rolling-in-the-hay.

About the author, Paul Garmisch: Just when you thought the last of the real cowboys were extinct from too many rodeos and late-night, hooch-soaked booty calls from women in tight western jeans, comes writer Paul Garmisch. A true renaissance man that has lived to fill his bucket list.

Born in Chicago, 1952, raised during high school on a northern Illinois dairy farm, college at the U of Montana for 7 years studying forestry, geology, and other environmental sciences while working his way through college operating earth moving equipment in Missoula gravel pits and road construction, a fraternity house manager, a sorority house waiter, studio musician (Stand Up Bass & Cello), and playing music in local taverns with his band.