The Golden Girls of Rio (Hardcover) 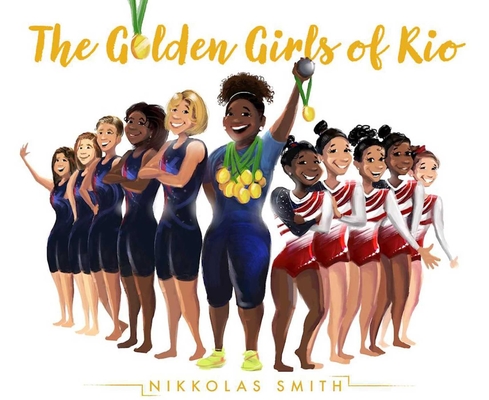 The Golden Girls of Rio (Hardcover)


Backordered
The summer Olympic games in Rio were groundbreaking for so many American women athletes.The US gymnastics team completely dominated, led by fierce little Simone Biles, the most decorated gymnast of all time. Katie Ledecky shattered long-held swimming records and left competitors in her wake—if they were even close enough. Michelle Carter, in high style, changed the perception of strong women, and was the first American woman to win gold in the shot put. And Simone Manuel, the first African American woman to win an individual gold in swimming, has inspired a whole new generation of swimmers.

The Golden Girls of Rio is the story of how a group of very different little sporty girls—from around the country and from varying backgrounds—became the premier women athletes of today. And how these gold medalists—Golden Girls—and their teammates captured the world’s attention by their miraculous athletic achievements at the Rio Olympics.
Nikkolas Smith, a native of Houston, Texas, is a concept artist, children's book author, and Hollywood film illustrator. He is the author/illustrator of The Golden Girls of Rio, which was nominated for an NAACP Image Award, My Hair Is Poofy and That's Okay, and most recently, World Cup Women. As an illustrator of color, Nikkolas is focused on creating captivating art that can spark important conversations in today's world and inspire meaningful change. Many of his viral and globally published sketches are included in his book Sunday Sketch: The Art of Nikkolas. He lives in Los Angeles, California. Find out more at nikkolas.com.