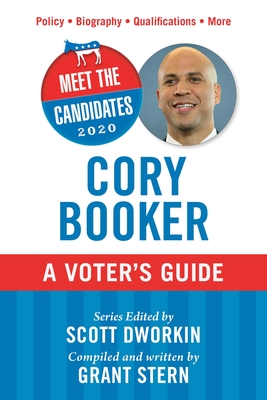 
Special Order—Subject to Availability
A primer on the policies and candidacy of the Democratic senator from New Jersey, who has made social and racial justice his foundation. Is he the right Democrat to take on Trump?

Cory Booker, New Jersey senator and former mayor of Newark, has a voting record measured a third most liberal in his time in the Senate. Meet the Candidates 2020:Cory Booker: A Voter’s Guide helps you understand exactly how liberal Booker is, where on the spectrum Booker sits among Democratic contenders for the presidency, and whether his positions are worthy of your vote.

Booker, a voice for social progress and equality and a critic of President Trump, is campaigning on the platform of an end to the war on drugs and drug reform, single-payer healthcare, education reform, environmental reform and the Green New Deal, and criminal justice reform. He sits on the Committee on Environment and Public Works, Committee on Foreign Relations, and the Senate Committee on the Judiciary, where he emerged as a strong voice in the Kavanaugh hearings.