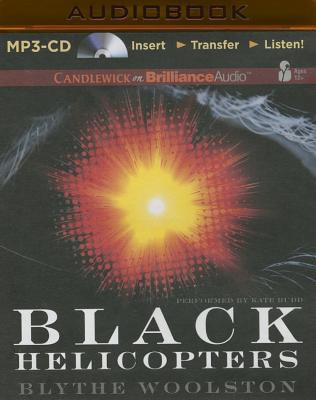 A teenage girl. A survivalist childhood. And now a bomb strapped to her chest. See the world through her eyes in this harrowing and deeply affecting literary thriller.

Ever since Mabby died while picking beans in their garden--with the pock-a-pock of a helicopter overhead--four-year-old Valley knows what her job is: hide in the underground den with her brother, Bo, while Da is working, because Those People will kill them like coyotes. But now, with Da unexpectedly gone and no home to return to, a teenage Valley (now Valkyrie) and her big brother must bring their message to the outside world--a not-so-smart place where little boys wear their names on their backpacks and young men don't pat down strangers before offering a lift. Blythe Woolston infuses her white-knuckle narrative, set in a day-after-tomorrow Montana, with a dark, trenchant humor and a keen psychological eye. Alternating past-present vignettes in prose as tightly wound as the springs of a clock and as masterfully plotted as a game of chess, she ratchets up the pacing right to the final, explosive end.