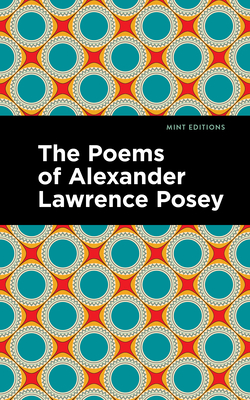 "He was a poet of the first order, a humorist, a philosopher, a man of affairs. He achieved fame as an English-Indian dialect writer and journalist. He was the leading man of the Creeks and the one great man produced by the Confederacy known as the Five Civilized Tribes."

Published posthumously in 1910, The Poems of Lawrence Alexander Posey both a collection of poetry and short memoir by one of the late nineteenth century's leading Native American voices, Alexander Posey. Born near Eufaula, Posey was the eldest of twelve children who were raised within the Creek Nation but incorporated into European culture. Being fluent in the Muscogee language, Posey would be encouraged by his father to learn English, ultimately leading to his love of the written word and his exposure to the Indian Journal where he would go on to submit his poetry.

Professionally typeset with a beautifully designed cover, this edition of The Poems of Alexander Lawrence Posey is a classic of Native American literature reimagined for the modern reader.