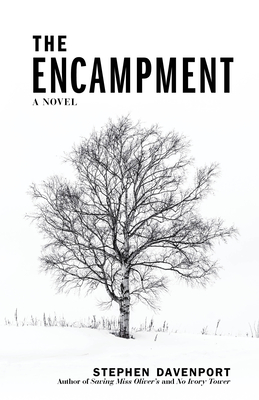 Honored by Kirkus Reviews as one of The Best Indie Books of 2020.

Davenport is an accomplished stylist with a keen ear for nuanced dialogue; he also has a knack for making serious political points with a light touch that makes them broadly accessible. . . A thoughtful and compelling account of the responsibilities that come with privilege.
--Kirkus Reviews, Starred Review

There are only two rules at Miss Oliver's School for Girls that lead to automatic expulsion: stealing, and permitting a male who is not a family member into a dormitory. The head of school's daughter has broken both.

Trouble approaches on a warm September day when Sylvia Perrine Bickham, the head of school's daughter, gives money to a homeless man on the street. Through some prying, she and her friends learn he is a veteran of the Iraq War and probably suffering from post-traumatic stress, so they sneak food and clothing to his lean-to at odd hours of the day and agree to tell no one--not the teachers, and especially not Sylvia's mother, Rachel. But talk of things gone missing from the school is getting louder, and Rachel knows something is up. More importantly, winter is coming and Sylvia worries the man will freeze if he stays outside. Have they done all they can for him? Have they done enough? What is enough.

Vivid, riveting, and utterly engrossing, The Encampment is the third installment of the Miss Oliver's School for Girls series.