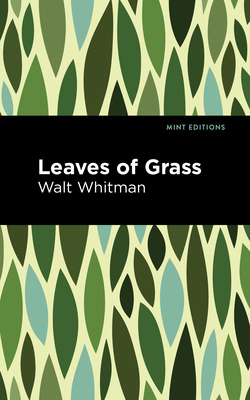 From one of the most celebrated American poets, Walt Whitman, comes a profound and uniquely written anthology of poems. Leaves of Grass is a rousing collection of poems inspired largely by Ralph Waldo Emerson's plea for the arrival of a great new American Poet.

Originally published in 1855, Whitman worked on this collection of poems for the entirety of his life. He continued to revise and make better his anthology; in its final publication Leaves of Grass contained over 400 pages of remarkable poetry. The poems within reflected many of Whitman's values and beliefs, specifically pertaining to his philosophy of transcendentalism and the role of man within nature. Unafraid of straying from normal conventions of poetry, Whitman's work is considered to be one of the most important and lasting contributions to literature made by an American poet.