The Legends of King Arthur and His Knights (Paperback) 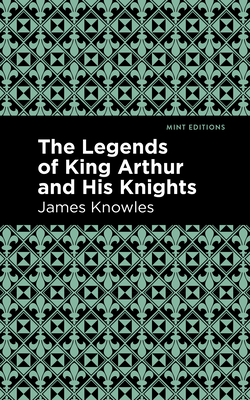 The Legends of King Arthur and His Knights (Paperback)

What starts as a rags to riches story transforms into an adventure as this collection of legends explores the triumphs and failures of a young king and his accomplices.

When Arthur, a young boy mistreated by his family, is put up to the challenge to remove a sword stuck in a stone, his moral character and embodiment of hope allows him to pass the test and win the sword, Excalibur. Artur is then named the king, and becomes the standard of leadership and the founder of Camelot. Wielding his prized sword, Excalibur, Arthur goes on to encounter enchantresses, assemble noble knights, and lead Britain's defense against the Saxon invasion. King Arthur will join his notable allies, Lancelot, Merlin, and the Lady of the Lake, to solve mysteries, achieve quests, and fight battles.

The Legends of King Arthur and His Knights by Sir James Knowles has inspired modern film and literary adaptations, joining the vast collection of poetry, prose and art dedicated to King Arthur and his knights. These fantastical stories provide an escape into adventure, and bring lessons of overcoming adversity into the 21st century, while treating readers to experience the comradery of the round table and the magical adventures of Camelot.

Sir James Knowles' The Legends of King Arthur and His Knights is vitalized with this artistic edition. This new, modern design and readable manuscript will allow readers to be immersed in the action, witnessing Merlin's prophecies, aiding Lancelot's quest for the Holy Grail, and fighting alongside Arthur in battle.