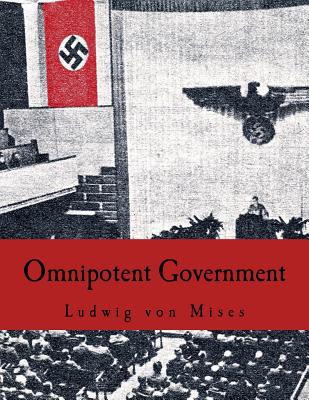 
Not On Our Shelves—Ships in 1-5 Days
(This book cannot be returned.)
LARGE PRINT EDITION More at LargePrintLiberty.com.

In this volume Mises provides in economic terms an explanation of the international conflicts that caused both world wars. Although written more than half a century ago, Mises's main theme still stands: government interference in the economy leads to conflicts and wars. According to Mises, the last and best hope for peace is liberalism-the philosophy of liberty, free markets, limited government, and democracy.