Matilda: A Heart for Adventure (Paperback) 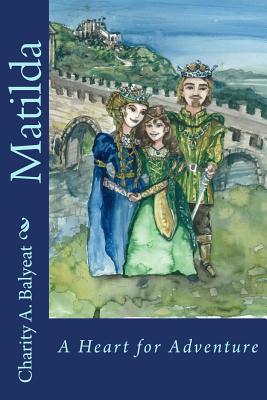 Matilda: A Heart for Adventure (Paperback)

By Charity a. Balyeat


Special Order—Subject to Availability
(This book cannot be returned.)
Matilda, the young daughter of Queen Eleanor, is excited about a trip to her uncle's dukedom. she is sure that with travel will come much needed excitement. However, she gets more adventure than she bargained for. The troublemaker King Wallace makes it clear that he will do anything to get even with her father, Edward, and it looks like there's trouble in store for all of them. On the trip she meets an Earl's handsome young son, who is reluctant to be dragged into trouble. A kingdom on the brink of being conquered, royalty rocking the boat, and few people left to save their kingdom. Will Matilda and Frederic be able to save their kingdom?
Charity Ann, at the age of nine had already written several short children's stories, and shown a keen interest in writing. She attempted to write mystery, and fantasy, but neither suited her, and she began to look towards historical fiction. Shortly afterwards she enthusiastically began a simple slideshow of what later became Eleanor. Originally from Montana, she toured the United States, at an early age, playing in the Balyeat Family Band.Charity published her first book, Eleanor in 2014, and immediately started writing another. Her constant research keeps her in touch with everything she writes, as well as the experience of different cultures she visited. She loves captivating her nephews and nieces with her storytelling, and occasionally puts on a play, for which she sewed the costumes. Being the youngest of nine children, she occupied herself by playing princess with her imaginary maids, and designed stories for herself to act out. Charity read all the books she could get her hands on, and fell in love with the medieval ages. She loves, and aspires to lead people to the exciting place of her imagination.