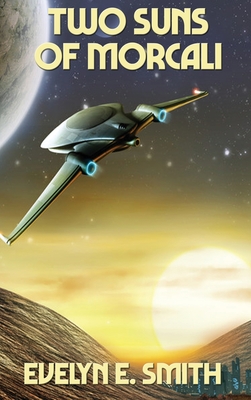 
Not On Our Shelves—Ships in 1-5 Days
(This book cannot be returned.)
The idol was shaped like a handsome young man. The surface had a curious texture, as if skin rather than stone. There is a deceptive simplicity to this story about a rather forceful woman explorer ( immensely practical, too) who goes to Grimalkin prepared for anything, including an attack on her life, but not for what does happen Evelyn E. Smith is best known as the author of the Miss Melville mysteries. From 1952 to 1969 she wrote dozens of science fiction and fantasy short stories that appeared in magazines such as The Magazine of Fantasy and Science Fiction, Galaxy, Super Science Fiction, and Fantastic Universe. Her stories were witty, well written, often humorous, and always unforgettable.