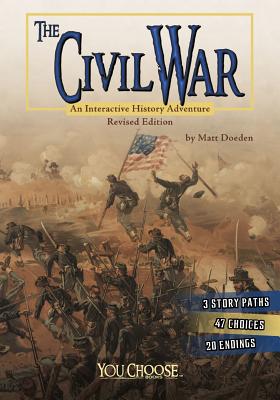 
Not On Our Shelves—Ships in 1-5 Days
It's 1863, and the Civil War has torn apart the United States. For two years, the Confederacy and the Union have battled over slavery and states' rights. Will you: Fight for the Union at the Battle of Gettysburg? OR Serve with Stonewall Jackson as a Confederate soldier at the Battle of Chancellorsville? OR Try to survive the siege of Vicksburg, Mississippi, as a civilian?