The Redwoods of Gaia: A New Age Mirror of the Soul (Paperback) 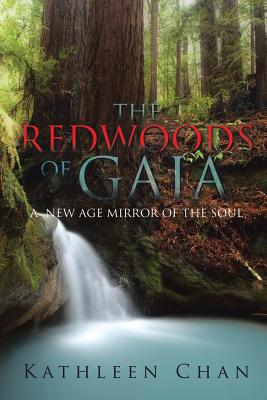 The Redwoods of Gaia: A New Age Mirror of the Soul (Paperback)

THE REDWOODS OF GAIA, a New Age Mirror of the Soul, was intended to be a lecture to be given at some future date. Its thesis is that when ancient human beings developed their neurologically complex brain functioning, the Cosmic Creator bestowed the gift of an intuitive, individuated sentience that would allow these first humans to understand the spiritual dimension of the Creator itself. The author, Kathleen Chan, proposes that this occurred sometime around 55,000 years ago at the advent of Homo sapiens, namely the Cro-Magnons, who emerged on the scene in Europe at that time.
Ms. Chan, who holds graduate degrees in both anthropology and social work, has pulled together various ideas to propose this scenario which she believes happened. She points to the sudden appearance of complex naturalistic drawings found in the caves at Lascaux, France, to assert that something miraculous had occurred.
In her discussion of the human soul, she analyzes the contributions made by philosophy, religion, and science, as if they were stepping stones in formulating her theory of human spirituality. She draws upon the Theosophy and New Age concept of the inherent divinity of man, rather than the Christian view of man falling from grace after the Garden of Eden. Her book is fascinating, and her final comments regarding the earth's planetary evolution are riveting.