Trials and Tribulations of a Travelling Prostitute (Hardcover) 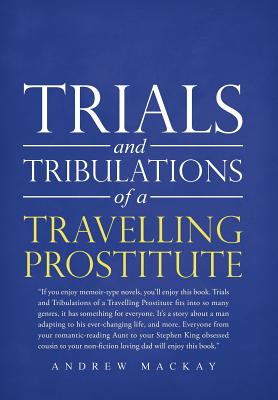 Trials and Tribulations of a Travelling Prostitute (Hardcover)

If you work at a multinational company, at some point you may be asked to travel the world to maintain or install equipment or seek to boost your firm's reputation.

It happened to Andrew Mackay, and he was unprepared from the moment he stepped on an helicopter to go to a Chevron platform in the North Sea, when everyone was dressed for freezing temperatures except him.

Working as what he calls "a travelling prostitute," Mackay was surprised to find that almost all of the time, he was on his own. Higher-ups never asked about his well-being, and he had to quickly adapt to indigenous populations, cultures, and traditions.

In sharing his experiences while working abroad, he hopes to prepare other employees at multinational companies who may not appreciate what traveling on the job entails. If your organisation has not done its homework in advance, your very life could be at risk.

From being kidnapped at an airport, left stranded, forced to spend extra time in strange places, and navigating dangerous situations, you'll learn how to survive when working overseas in Trials and Tribulations of a Travelling Prostitute.