Who Is Jackie Chan? (Who Was?) (Paperback) 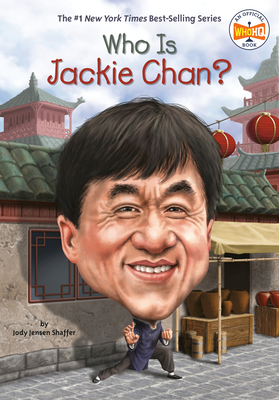 Who Is Jackie Chan? (Who Was?) (Paperback)


Not On Our Shelves—Ships in 1-5 Days
How did Jackie Chan become one of the most recognizable and beloved actors in the world? Find out in this exciting biography of this martial artist turned international film superstar.

When Kong-sang was a young boy in Hong Kong, he enjoyed practicing martial arts with his dad but hated going to school. He was eventually enrolled in the China Drama Academy, where he improved his martial arts skills and became a stuntman. That training led to a successful career as an actor. Kong-sang, now known as Jackie Chan, never gave up on his passion for screwball physical comedy. Luckily for Jackie, his determination paid off. His humor and dangerous stuntwork in films like Cannonball Run, Rush Hour, Shanghai Noon, and Karate Kid have made him an international star, and it doesn't look like he'll be leaving the big screen anytime soon.
Jody Jensen Shaffer is an award-winning children's author who has written numerous fiction and nonfiction books, including The Way the Cookie Crumbled, Ninja Warriors, and What's Your Story, Frederick Douglass? She lives in Missouri with her husband and two children.