A World of Wisdom: Fun and Unusual Phrases from Around the Globe (Paperback) 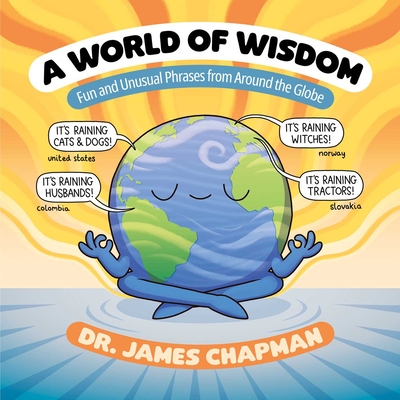 A World of Wisdom: Fun and Unusual Phrases from Around the Globe (Paperback)


In Stock—Click for Locations
A brightly illustrated comic guide to sayings and expressions from around the world, comparing the ways different cultures interpret the same ideas.

You might say that an annoying person is called “a bad apple,” but Venezuelans would call them “a pineapple under the arm.” On a wet day, you might think “it’s raining cats and dogs,” but the rest of the world has some different ideas on what’s falling from the sky. This book looks at the unique ways different languages express common ideas like “too many cooks spoil the broth” and getting stuck “between a rock and a hard place,” as well as unique sayings about cats, beards, dancing, and much, much more. With over 330 illustrated phrases from Vietnam to Venezuela, A World of Wisdom is a fun and funny guide to all the phrases you might ever need!
Dr. James Chapman is an illustrator and writer who has always been interested in language. He is the author of Sounds All Around, and the creator of the webcomic series, Soundimals, which explored the sounds animals make in different languages around the world. He lives in Manchester, UK.