How Many Grandmas Does It Take To... (Paperback) 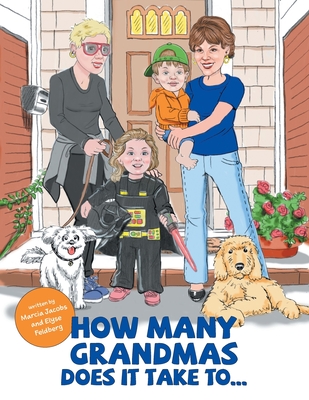 How Many Grandmas Does It Take To... (Paperback)


Not On Our Shelves—Ships in 1-5 Days
(This book cannot be returned.)
In a world where teenagers cannot complete a call on a rotary phone after four minutes of valiant but futile attempts, two grandmas babysit their grandchildren while surrounded by toys and gadgets that neither they nor anybody else could have imagined when they were the age of their grandchildren. Now imagine them fumbling with a child's toy not knowing what it does or how to make it do whatever that is. They can't quite remember. Did they have to show their grandmas how to put bread in a toaster or turn on a television in the 1950's? This charming little book shows them struggling with the new while faintly remembering the old and being something that doesn't change... grandmas.