The Tragedy of Antigone, the Theban Princesse: By Thomas May (Malone Society) (Hardcover) 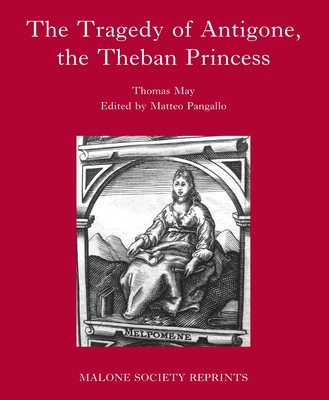 The Tragedy of Antigone, the Theban Princesse: By Thomas May (Malone Society) (Hardcover)


Special Order—Subject to Availability
Thomas May's The Tragedy of Antigone (1631), edited by Matteo Pangallo, is the first English treatment of the story made famous by Sophocles. This edition contains a facsimile of the copy held at the Beinecke Library of Yale University, making the play commercially available for the first time since its original publication. The extensive introduction discusses, among other things, the ownership history of existing copies and their marginal annotations, and of the play's topical political implications in the light of May's wavering between royalist and republican sympathies. Writing during the contentious early years of Charles I's reign, May used Sophocles' Antigone to explore the problems of just rule and justified rebellion. He also went beyond the scope of the original, adding content from a wide range of other classical and contemporary plays, poems and other sources, including Shakespeare's Romeo and Juliet and Macbeth. This volume will be essential reading for advanced students, researchers and teachers of early English drama and seventeenth-century political history.
Matteo Pangallo is Junior Fellow in the Society of Fellows at Harvard University