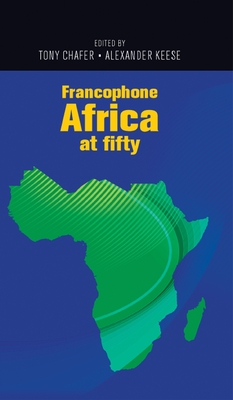 France's presence on the African continent has often been presented as 'cooperation' and part of French cultural policy by policy-makers in Paris - and quite as often been denounced as 'the longest scandal of the republic' by French academics and African intellectuals. Between the last years of French colonialism in a decolonising empire and France's sustained interventions in former colonies such as Chad or C te d'Ivoire in the new millennium, the special relationship between the sub-Saharan Africans and the French has shaped the historical trajectory of more than a dozen countries and societies in Africa. However, what at first glance appears to be a straightforward story of neocolonialism is in reality a complex network of interdependent relationships.. These complexities are now for the first time addressed in a comprehensive series of chapters, based on new research by a group of specialists in French colonial history.

This book revisits and reinterprets the decolonisation process, including the particularly crucial subject of the transfer of military power. It examines long-term trends of violence, cooperation and institutional entanglement. It takes into account the complicated interactions between the French and the British empires, and it discusses longer-lasting effects of colonial rule on former African colonies and their societies, and the memory of decolonisation.

Researchers interested in international, African, and French history will find in this book an up-to-date analysis of little-known aspects of the complex relationship between France and sub-Saharan Africa. Students of all levels in history, international relations, development studies as well as comparative and European politics will find much of interest in this volume, which presents a range of recent international scholarship that has not previously been published in English.