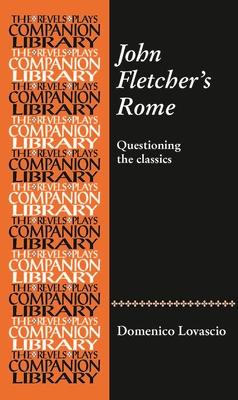 Domenico Lovascio's ground-breaking study examines these plays as a group for the first time, thus identifying disorientation as the unifying principle of Fletcher's portrayal of imperial Rome. John Fletcher's Rome argues that Fletcher's dramatization of ancient Rome exudes a sense of detachment and scepticism as to the authority of Roman models resulting from his irreverent approach to the classics. The book sheds new light on Fletcher's intellectual life, his vision of history, and the interconnections between these plays and the rest of his canon.
Domenico Lovascio teaches English Literature at the University of Genoa in Italy