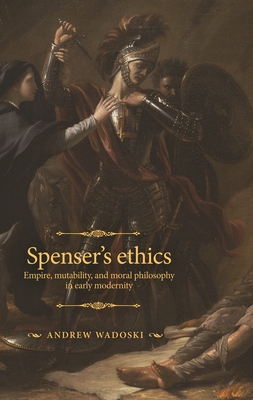 
Not On Our Shelves—Ships in 1-5 Days
Spenser's ethics offers a novel account of Edmund Spenser as a moral theorist, situating his ethics at the nexus of moral philosophy's profound transformation in the early modern era, and the English colonisation of Ireland in the turbulent 1580's and 90's. It revises a scholarly narrative describing Spenser's ethical thinking as derivative, nostalgic, or inconsistent with one that contends him to be one of early modern England's most original and incisive moral theorists, placing The Faerie Queene at the centre of the contested discipline of moral philosophy as it engaged the social, political, and intellectual upheavals driving classical virtue ethics' unravelling at the threshold of early modernity.
Andrew Wadoski is Assistant Professor of English at Virginia Tech