Be a Beacon of Hope in the World (Paperback) 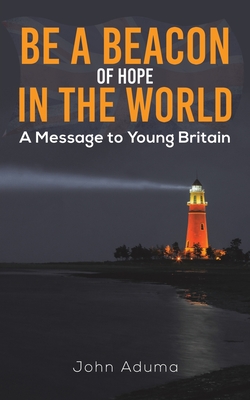 Be a Beacon of Hope in the World (Paperback)


Not On Our Shelves—Ships in 1-5 Days
Why does one youngster stab another with a knife which they will never, ever dare to stab themselves with? Why are our young people killing themselves without thinking of the pains and sorrow such barbarism and bestiality will leave their loved ones with for the rest of their lives? Why do some young persons-members of the same community-prey on one another with such jungle-like ferocity in the nation's cities? Why are there now so many of such gruesome, purposeless, wicked and unwarranted killings in the nation's cities as if Britain is now a land that devours its children? More worrisome is the fact that when they are hacked to death so young, what happens to their dreams, visions, goals and aspirations?
Heart-rending as these painful questions are, Be a Beacon of Hope in the World: A Message to Young Britain does not attempt to offer answers to these puzzles arising from the untimely deaths of Britain's children through knifings. However, it seeks to act as a guidepost, compass and a Sat Nav to point young persons in the right direction and on the path of civility, decency, common sense, humaneness and universal altruism, whereupon they are expected to have respect: for themselves, for others and for all of life's forms. Therefore, let the alarm bell, which this book will trigger, warn all young persons in Britain and the world over that to live in the fast lane is to die young. Let this message reverberate through the vista of time.