The Pyramid of Lies: Lex Greensill and the Billion-Dollar Scandal (Hardcover) 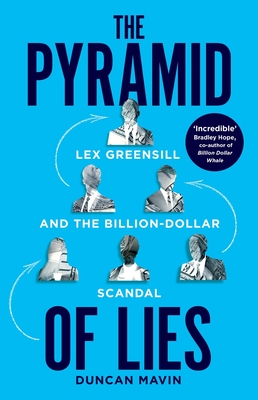 The Pyramid of Lies: Lex Greensill and the Billion-Dollar Scandal (Hardcover)


Backordered
The inside story of one of the superstars of global FinTech, Lex Greensill, and his dramatic fall from grace.

In March 2021, an obscure financial technology company called Greensill Capital collapsed, going into administration. As it unraveled, a multibillion-dollar scandal emerged that would shake the very foundations of the British political system, drawing in swiss bankers, global CEOs, and world leaders. At the centre was an Australian financier named Lex Greensill.

With a globe-circling narrative full of scandal and intrigue, Pyramid of Lies reveals how the grubby world of shadow banking really operates.
Duncan Mavin is a seasoned international financial journalist and started his career as a chartered accountant in the City and in Toronto. He has been a reporter and editor for Dow Jones publications including the Wall Street Journal and was the Journal’s Financial Editor for Europe, the Middle East and Africa. He has also been Managing Editor for Barron’s Group and a reporter for Canada’s National Post. He lives with his family in the UK, and is a long-suffering fan of Sunderland football club.
"The definitive account of the Greensill Capital’s rise and spectacular meltdown . . . and a searing inquisition into the political connections that make it all possible" Mary Childs, cohost of NPR's Planet Money and author of The Bond King “Unputdownably delicious... the Britishversion of Bad Blood... but better” Sunday Times,