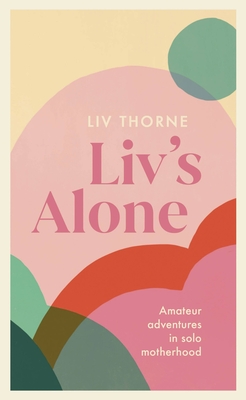 When Liv Thorne was in her twenties, and single, she would joke to friends that if Mr Right didn't come along she'd have to take matters into her own hands and have a child on her own. When she was still single in her thirties, it stopped being a joke and she started researching sperm banks and fertility clinics.

Liv's Alone is an honest and hopeful memoir that captures the joy and the challenge that is parenting alone by choice. From dismantling the fairy tale story that we're fed from a young age and grieving the life you thought you were going to have, to buying sperm from Denmark and bringing a baby into the world.

Guiding readers through the highs and lows with warmth, humour and understanding, Liv wants her book to be a little beacon of optimism for women who are in the same position she was in; late 30s, single and longing for a baby. This is Liv & Herb's story, but hopefully a version of it will be yours.

Liv Thorne is a director of a web design agency, mum to her son Herb, butler to Elvis the 12-year-old terrier and creator of the popular Instagram account @livsalone. Liv is in her early forties, but if you mention that she may flick you. There is a saying that 'everyone has a book in them', she just didn't realise hers would be about buying sperm! Liv, Herb and Elvis can usually be found walking through the fields of Oxfordshire.