Resounding Events: Adventures of an Academic from the Working Class (Paperback) 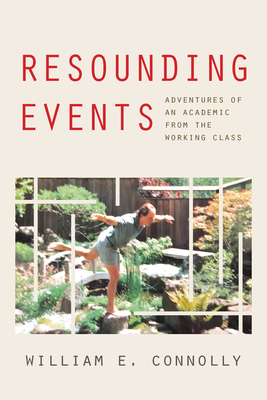 Resounding Events: Adventures of an Academic from the Working Class (Paperback)

In Resounding Events, one of the world's preeminent political theorists reflects on a career as an academic hailing from the working class. From youthful experiences of McCarthyism, to the resurgence of white evangelicalism, to the advent of aspirational fascism and the acceleration of the Anthropocene, Connolly traces a career spent passionately engaged in making a more just, diverse, and equitable world. He surveys the shifting ground upon which politics can be pursued; and he discloses how to be an intellectual in universities that today do not encourage that practice.

Far more than a memoir, Resounding Events probes the concerns that have animated Connolly's work across more than a dozen books by tracing the bumpy imbrications of event, memory and thinking in intellectual life. Connolly experiments with ways to capture various voices that mark a self at any time. An event, as he elaborates it, is what disturbs or inspires thinking as it activates layered sheets of memory. A memory sheet itself assembles recollections, dispositions organized from the past, and vague remains that carry efficacies. Resounding Events shows how resonances between event and memory can help forge new concepts better adjusted to an emergent situation. Addressing tensions between working class experience and norms of the academy, his father's coma, antiwar protests, the growing disaffection of the white working class, the neoliberalization of the university, climate denialism, and his sister's experience with workers shifting to Trump, Connolly shows how engaged intellectuals become worthy of the events they encounter.
William E. Connolly is Krieger-Eisenhower Professor at Johns Hopkins, where he teaches political theory. His books include Climate Machines, Fascist Drives, and Truth (Duke, 2020), Aspirational Fascism (Minnesota, 2017), Facing the Planetary (Duke, 2017), Capitalism and Christianity, American Style (Duke, 2008); Why I Am Not a Secularist (Minnesota, 1999), The Ethos of Pluralization (Minnesota, 1995), and The Terms of Political Discourse (Princeton, 1983, 3rd ed., 1993). In a poll of American political theorists published in 2010, he was named the fourth most influential political theorist in America over the last twenty years, after Rawls, Habermas, and Foucault