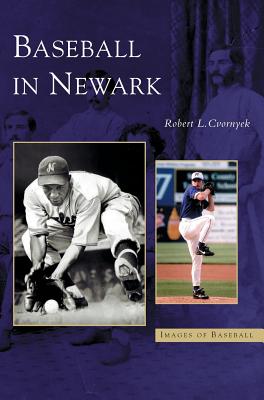 
Not On Our Shelves—Ships in 1-5 Days
(This book cannot be returned.)
On July 16, 1999, professional baseball resurfaced in Newark, New Jersey. The return of minor-league ball to the city was the cause for celebration and nostalgia for those fans who remembered the Bears and the Eagles of the 1930s and 1940s. This book takes a look back at the game and the talented men who made baseball live in Newark, including local heroes Yogi Berra, Monte Irvin, Charlie Keller, Larry Doby, Marius Russo, and Ray Dandridge.

Baseball in Newark is a fascinating look at the city's local baseball tradition from the mid-nineteenth century through today. While the Bears of yesteryear merit considerable attention, the return of the team under the leadership of former Yankee Rick Cerone offers an added ingredient to the story. As part of the city's recent renaissance, the return of the Bears played a critical role in reviving the city's downtown district and attracting people to Newark for an evening's entertainment. Baseball in Newark features a variety of photographs culled from the Newark Public Library, the New Jersey Historical Society, and the collection of the Newark Bears.