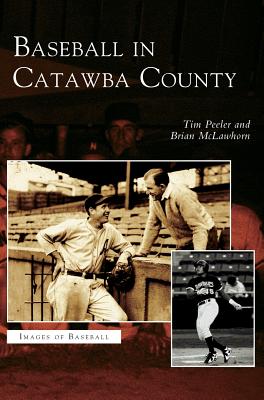 
Not On Our Shelves—Ships in 1-5 Days
(This book cannot be returned.)
Baseball first became popular in Catawba County as a means of entertainment and competition between mills and small towns. The county's longest standing baseball program started at Lenoir College in 1903. By the mid-1920s, a mill-supported semi-pro league had been firmly established. In the 30 years that followed, three different periods of professional minor league play were anchored by legendary players like Norman "Pinkie" James, Eddie Yount, Don Stafford, Dick Stoll, and Pud Miller. Even before the successful return of Minor League baseball in 1993, Catawba County had already had its share of brushes with famous players like Hoyt Wilhelm, Carl Hubbell, and Bob Feller and infamous ones like Edwin "Alabama" Pitts and "Struttin" Bud Shaney.