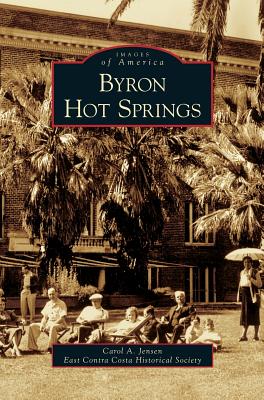 
Not On Our Shelves—Ships in 1-5 Days
(This book cannot be returned.)
Byron Hot Springs is sometimes called the "Carlsbad of the West," after the famed European health spas. The resort hosted the famous, the wealthy, the infirm, and the curious alike during the early 20th century. The 160-acre property, in eastern Contra Costa County near the San Joaquin River, featured three grand hotels designed by renowned San Francisco architect James Reid. Amidst this stylish backdrop were prominent guests in 19th-century finery, early Hollywood royalty, Prohibition entertainments, mineral water "cures" for various ailments, and secret interrogations of World War II POWs (when it was known as "Camp Tracy"). Aside from the hot springs themselves, the resort boasts one of the oldest golf courses in the western United States.