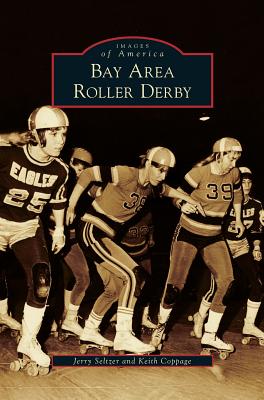 
Not On Our Shelves—Ships in 1-5 Days
(This book cannot be returned.)
Roller Derby found a home in the San Francisco Bay Area following its Depression-era Chicago origins. An early television sensation, it faded to a modest existence in Los Angeles during the 1950s. Creator Leo Seltzer turned the game over to his son Jerry, who repositioned the traveling Bay Bombers from their home terrain of San Francisco to Fresno and everywhere in-between. He shined television camera lights on skaters who became the zenith in Roller Derby, including Charlie O'Connell, Annis Jensen, Joanie Weston, and more. Syndicated television games seen by millions yielded sellout crowds in every major arena in the country. However, economic and cultural changes closed Roller Derby in 1973. Passionate fans clung tenaciously to its memory. In the 21st century, the game made an astonishing return not only in Northern California but also worldwide.