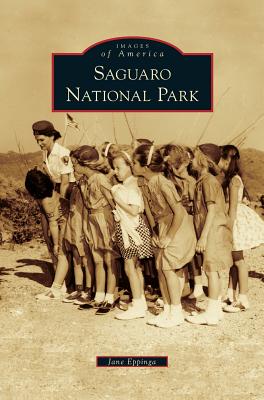 
Not On Our Shelves—Ships in 1-5 Days
(This book cannot be returned.)
The Organic Act of 1916 created the National Park Service "to conserve the scenery and the natural and historic objects and wildlife therein, and to provide for the enjoyment of the same in such manner and by such means as will leave them unimpaired for the enjoyment of future generations." Each national park or monument offers a glimpse into the natural beauty and history of the United States. These parks have a variety of natural resources covering large areas and are protected by the American Antiquities Act of 1906. Saguaro National Park is home to its namesake giant saguaro cacti, barrel cacti, cholla cacti, and prickly pears, as well as quail, spotted owls, javelinas, and a host of other flora and fauna. Saguaro National Monument was created by outgoing president Herbert Hoover in 1933. On October 14, 1994, Pres. William Jefferson Clinton signed legislation enlarging Saguaro's boundaries and making Saguaro National Park America's 52nd national park.