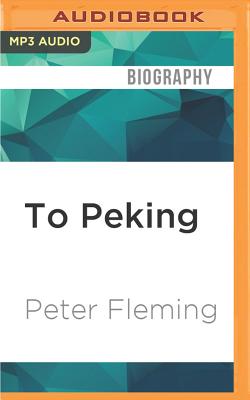 Peter Fleming, brother of James Bond author Ian Fleming, was one of the greatest adventurers and travel writers of the 20th century and author of several classic and best-selling books. This book presents an exciting adventure that could never be made today, and it will appeal to all interested in the region.

When in 1934 at the age of 27 Peter Fleming set out for the Far East, his ultimate goal was to return from China to India overland - a journey he later described in the classic News from Tartary. On his outward journey, Fleming travelled through regions which remain some of the most remote and least-visited in Asia and which, soon after his journey, became closed entirely to Westerners.

From Moscow, through the Caucasus to the Caspian, on to Samarkand and Tashkent, skirting the edge of Outer Mongolia to Vladivostok and winding his way down to Peking, Fleming tells of people encountered, places explored, and of ways of life that have since been lost through revolution, war, and the passage of time. Along the way, he kept a diary that he never intended to publish and that lay forgotten 'in the box-room' of his mind for 15 years. To Peking is an unassuming classic of travel literature. Subtle yet sparkling with intelligence and humour, simple yet beautifully told, it illuminates a world that travellers - armchair or otherwise - can only dream of today.