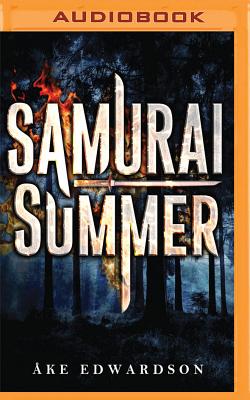 By Åke Edwardson, Per Carlsson (Translator), Nick Podehl (Read by)

Looked at from the outside, the annual summer camp in the countryside seems idyllic. But for Kenny, a boy with a Samurai soul, it is no more than a prison camp, run by a sadistic woman who is sometimes helped by her salacious son, Christian. To escape the adults, Kenny and his "samurai" friends sneak out to the forest to build a secret castle. It's off-limits to the girls, but a female camper named Kerstin begs Kenny to show her the castle. But suddenly she disappears, and Kenny realizes something terrible must have happened to her. Something that points to the old woman who runs the camp but even more so to her strange, creepy son.