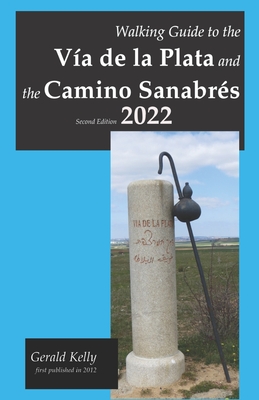 - Maps - Notes on the towns and villages you'll pass through

- Notes on some of the important historical sites you can visit

The V a de la Plata was originally a Roman Road linking Asturias in the north of Spain with the port of Cadiz in the south. Its name, which means The Silver Route, dates from Roman times when it was used to transport silver from the mines of Asturias to the Mediterranean port of Cadiz and onward by ship to Rome. Beginning in the 9th century, as Santiago de Compostela was becoming known as a Christian pilgrimage site, it also began to be used by pilgrims travelling to and from the tomb of St James the Apostle.

In the 1980s the revival of the Camino Franc's as a walking route renewed interested in the V a de la Plata. Numbers of pilgrims increased slowly over the years peaking at 14,197 in Holy Year 2010, and since then constant at about 9,000 a year. In contrast to the Camino Franc's, the busiest times on the V a de la Plata are spring and autumn. The extreme summer heat in southern Spain makes June, July and August the preserve of a small number of hardy souls.

I started writing this guide after I came back from walking the V a de la Plata from Seville to Santiago via Astorga in the winter of 2009, and finished the first edition after returning to walk the Camino Sanabr's in 2012. Preparing for my walk I had been unable to find any reliable information in English about the routes and accommodation along them. This didn't deter me and I managed fine with a print out of accommodation from a Spanish website and some Google maps of the towns with the route sketched on them. However, if I hadn't known Spanish I would have been lost and I probably wouldn't have even attempted this walk.

Based on my experience I decided to try to make information more widely available in English. I started by making the guide available as a free download from my website. Thanks to the positive feedback and encouragement I received from other pilgrims who used it, I decided to try publishing it on Amazon (with the addition of maps). This has enabled me to bring the information to a far wider audience - not free, but for a fair price. From the beginning I appealed to pilgrims to send me updates and corrections to help me keep the information up-to-date. Many people responded, and this, together with online resources, allowed me to keep track of new hostels and route changes.