Don't Ask Me Where I'm From (Paperback) 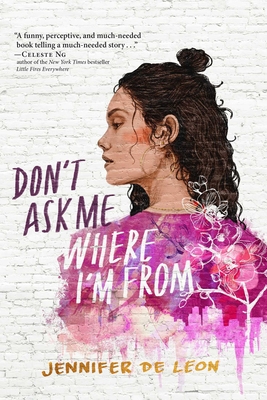 Don't Ask Me Where I'm From (Paperback)

First-generation American LatinX Liliana Cruz does what it takes to fit in at her new nearly all-white school. But when family secrets spill out and racism at school ramps up, she must decide what she believes in and take a stand.

Liliana Cruz is a hitting a wall—or rather, walls.

There’s the wall her mom has put up ever since Liliana’s dad left—again.

And there’s the wall Liliana creates within herself, because to survive at Westburg, she can’t just lighten up, she has to whiten up.

But a wall isn’t always a barrier. It can be a foundation for something better. And Liliana must choose: Use this foundation as a platform to speak her truth, or risk crumbling under its weight.
Jennifer De Leon is an author, editor, speaker, and creative writing professor who lives outside of Boston. She is the editor of Wise Latinas: Writers on Higher Education, the 2015–2016 Writer-in-Residence at the Boston Public Library, and a 2016–2017 City of Boston Artist-in-Residence. She is also the second recipient of the We Need Diverse Books grant. She is the author of Don’t Ask Me Where I’m From and Borderless.