The Girl from Shadow Springs (Hardcover) 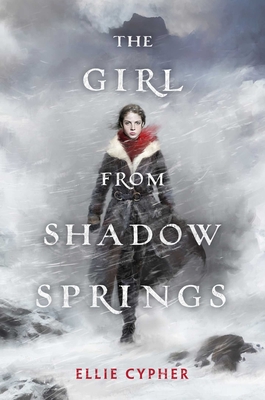 The Girl from Shadow Springs (Hardcover)


Not On Our Shelves—Ships in 1-5 Days
The Revenant meets True Grit with a magical twist in this thrilling and atmospheric debut fantasy about two teens who must brave a frozen wasteland and the foes within it to save their loved ones and uncover a deadly secret.

The answer to what freezes first is the eyes. That ain’t what most people would guess.

Everyone in Shadow Springs knows that no one survives crossing the Flats. But the threat of a frozen death has never deterred the steady stream of treasure hunters searching for a legendary prize hidden somewhere in the vast expanse of ice. Jorie thinks they’re all fools, which makes scavenging their possessions easier. It’s how she and her sister, Brenna, survive.

Then Jorie scavenges off the wrong body. When the dead man’s enemy believes Jorie took something valuable from the body, he kidnaps Brenna as collateral. He tells Jorie that if she wants her sister back, she’ll have to trade her for the item he thinks she stole. But how can Jorie make a trade when she doesn’t even know what she’s looking for?

Her only source of information is Cody, the dead man’s nephew and a scholar from the South who’s never been hardened by the harsh conditions of the North. Though Jorie’s reluctant to bring a city boy out onto the Flats with her, she’ll do whatever it takes to save her sister. But anything can happen out on the ice, and soon Jorie and Cody find they need one another more than they ever imagined—and they’ll have to trust each other to survive threats beyond their darkest nightmares.
Dr. Ellie Cypher grew up in Northern California, graduated from University of California Santa Cruz with a degree in neuroscience and behavior. She has lived and worked all over the world but currently calls the great state of Tennessee home. When not writing, she can be found spending her time caring for all manner of creatures great and small, dreaming about traveling, or wandering about the beautiful Smoky Mountains with her husband and eleven-year-old black Lab.
"The well-crafted settings use a variety of frozen landscapes, providing dangers and keeping the story grounded while giving it a strong sense of forward motion and progress. Jorie’s first-person voice is distinctive without being distracting and well utilized in showing her emotional arc...inventive worldbuilding and a distinctive protagonist make for a solid debut." - Kirkus Reviews