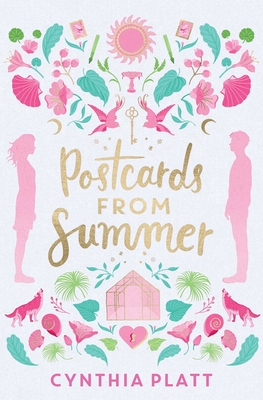 
Not On Our Shelves—Ships in 1-5 Days
The Notebook meets Love & Gelato in this heart-wrenching novel about a teen girl who travels to her late mother’s majestic summertime home to learn of the romance—and the tragedy—that changed her life forever.

Seventeen-year-old Lexi has always wanted to know more about the mother who passed away when she was only a child. But her dad will barely talk about her. He says he’d rather live in the present with Lexi, her stepmom, and her half-brother. Lexi loves her family, too, but is it so wrong to want to learn about the mom she never got to know?

When Lexi’s grandma dies and secretly leaves her a worn blue chest that belonged to Lexi’s mother, Lexi is ecstatic to find a treasure trove of keepsakes. Her mom held onto letters, pamphlets, flyers, and news articles all from the same beautiful summertime getaway: Mackinac Island—plus a cryptic postcard that hints at a forbidden romance. If Lexi wants answers, this island is where she needs to go.

Without telling her dad, Lexi goes to the gorgeous Mackinac Island in Lake Huron, reachable only by ferry. Cars are forbidden and bikes are the number one mode of transportation along the quaint cobblestone streets, and the magical hotel that rests alongside cozy cafés and bookshops. While following her mother’s footsteps, Lexi befriends an elderly former Broadway star and a charming young hotel worker while quickly falling in love with her surroundings.

But though the island may be beautiful, it’s hiding unfortunate secrets—some with her mother at the center. Could some questions be best left buried beneath the blue waters?
Cynthia Platt is the author of three picture books—A Little Bit of Love, Panda-Monium!, and Grow—as well as numerous Curious George books, middle grade novel Parker Bell and the Science of Friendship, and young adult novel Postcards from Summer. She is also a children’s book editor, working most recently at Houghton Mifflin Harcourt before starting her own children’s book editorial service.