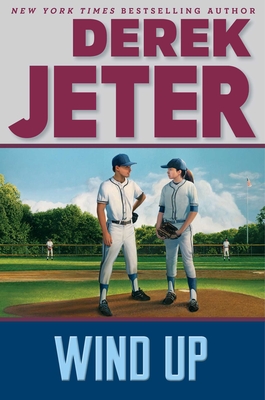 By Derek Jeter, Paul Mantell (With)


In Stock—Click for Locations
In the eighth book in the New York Times bestselling middle grade series inspired by the life of iconic New York Yankee Derek Jeter, young Derek and his friends learn how to balance competitive spirits with their love of the game.

As Derek and his team tackle playoffs, everyone deals with the pressure in different ways. And practice gets intense! One of Derek’s teammates, Avery, starts being especially hard on herself. She isn’t even enjoying the game anymore. Can Derek and the rest of the team pull her out of her funk?

Inspired by Derek Jeter’s childhood, this is the eighth book in Jeter Publishing’s New York Times bestselling middle grade baseball series that focuses on key life lessons from Derek Jeter’s Turn 2 Foundation.
Derek Jeter is a fourteen-time All-Star and five-time World Series winner who played for one team—the storied New York Yankees—for all twenty seasons of his major league career. His grace and class on and off the field have made him an icon and role model far beyond the world of baseball.

Paul Mantell is the author of more than 100 books for young readers, including books in the Hardy Boys and Matt Christopher series.