I'll Get You! Drugs, Lies, and the Terrorizing of a PTA Mom (Paperback) 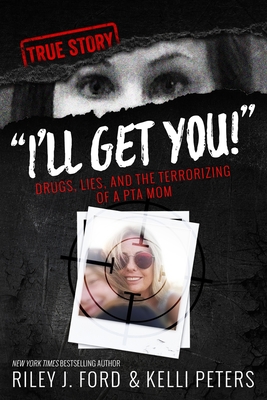 I'll Get You! Drugs, Lies, and the Terrorizing of a PTA Mom (Paperback)


Not On Our Shelves—Ships in 1-5 Days
(This book cannot be returned.)
TRUE STORY
PTA president Kelli Peters had a normal, happy life in Orange County, California, where she volunteered at her daughter's school, carpooled, and took care of her family. When a school parent angrily accused Kelli of keeping her son waiting during the afterschool pick-up, it appeared to be a simple confrontation with an overprotective mother. Kelli soon learned, however, that she was the target of a twisted plot against her that involved drugs, lies, schemes, and a campaign to ruin her life. The vendetta led to reputations tarnished, careers lost, secret lives uncovered, two parents in jail, families destroyed, and a $5.7 million civil judgment. "I'll Get You " Drugs, Lies, and the Terrorizing of a PTA Mom is the true story of an ordinary American woman who survived an evil conspiracy that turned her life upside down and shook her hometown to its core.