On the Move: Home Is Where You Find It (Hardcover) 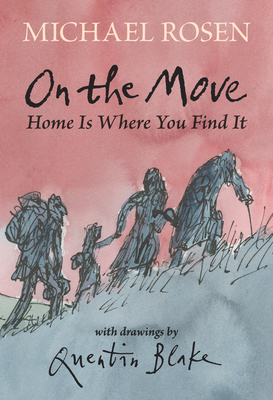 On the Move: Home Is Where You Find It (Hardcover)


In Stock—Click for Locations
In a masterful new collaboration, personal poems and poignant art illuminate the experience of refugees and immigrants everywhere.

Sir Quentin Blake has illustrated more than 250 books by writers from Roald Dahl to Michael Rosen, in addition to his own picture books. In 1999, Sir Quentin Blake became the first British Children's Laureate. He lives in London.
A graceful tapestry weaving together personal and global perspectives and a heart-rending memoir of human endurance.

The anonymous and atmospheric art complements Rosen's message extremely well. . . In these honest and pensive poems, Rosen probes his own past to prompt readers to contemplate their own feelings around global displacement. . . artfully explores the human experience of displacement.

Moving. . . Blake's watercolor-and-ink illustrations, reproduced in blue/grey tones, accurately reflect the verses' moods and speak to the difficulties faced by migrants then and now.
—Booklist