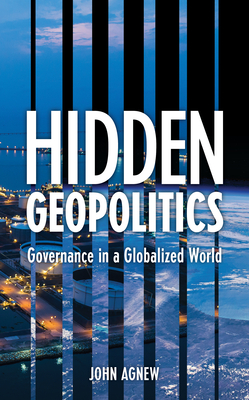 
Not On Our Shelves—Ships in 1-5 Days
John Agnew is Distinguished Professor of Geography at the University of California, Los Angeles. A native of Cumbria in England, he has taught at a number of US, Canadian, and European universities. A Fellow of the British Academy, in 2019 he received the Vautrin Lud Prize, the highest academic award for the field of geography. As well as being the founding editor of Territory, Politics, Governance, he is on numerous editorial boards including the Review of International Political Economy, International Political Sociology, and the European Journal of International Relations. For 2008-9 he was President of the American Association of Geographers and he is currently President of the Regional Studies Association. He is the author of numerous books including Hegemony: The New Shape of Global Power (2005), Globalization and Sovereignty: Beyond the Territorial Trap (2017), and Mapping Populism: Taking Politics to the People (with M. Shin 2019).