Things That Can and Cannot Be Said: Essays and Conversations (MP3 CD) 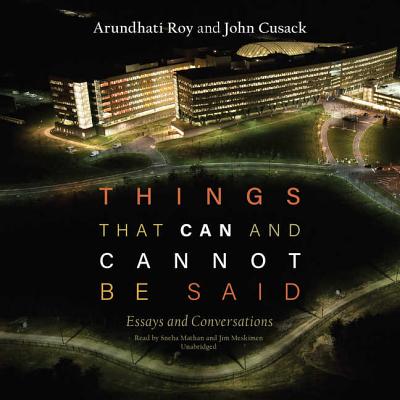 Things That Can and Cannot Be Said: Essays and Conversations (MP3 CD)

By Arundhati Roy (Read by), John Cusack (Read by)


Special Order—Subject to Availability
In this rich dialogue on surveillance, empire, and power, Roy and Cusack describe meeting with National Security Agency whistleblower Ed Snowden.In late 2014, Arundhati Roy, John Cusack, and Daniel Ellsberg traveled to Moscow to meet with Edward Snowden. The result is a series of essays and dialogues in which Roy and Cusack reflect on their conversations with Snowden.In these provocative and penetrating discussions, Roy and Cusack discuss the nature of the state, empire, and surveillance in an era of perpetual war, the meaning of flags and patriotism, the role of foundations and NGOs in limiting dissent, and the ways in which capital but not people can freely cross borders.