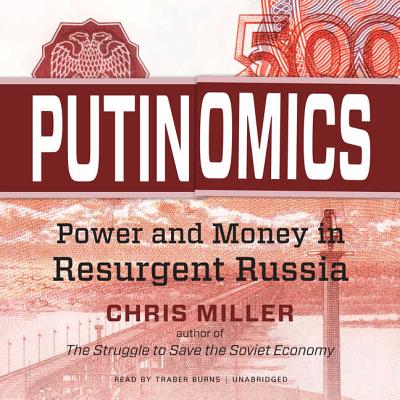 
Special Order—Subject to Availability
In Putinomics, Chris Miller examines the making of Russian economic policy since Vladimir Putin took power in 1999. Miller argues that despite Russia's corruption, cronyism, territorial expropriation, and over-dependency on oil as an economic driver, Putin's economic strategy has functioned far more effectively than most Westerners realize. While acknowledging that part of Putin's successes-above all, quadrupling per capita GDP in just a decade and a half-can be attributed to cashing in on high oil prices, Miller details the government policies that have also been fundamental to Russia's growth, which has outpaced and outperformed comparable petro-states like Venezuela and Saudi Arabia.While many scholars have long agreed that Russia has combined reasonably successful macroeconomic policies with mediocre micro policies, Miller argues that this dichotomy has not seeped very far into public debate. Thus, Putinomics at once analyzes Russia's political economy in a way that nonspecialists can comprehend and complicates our understanding of contemporary Russia.